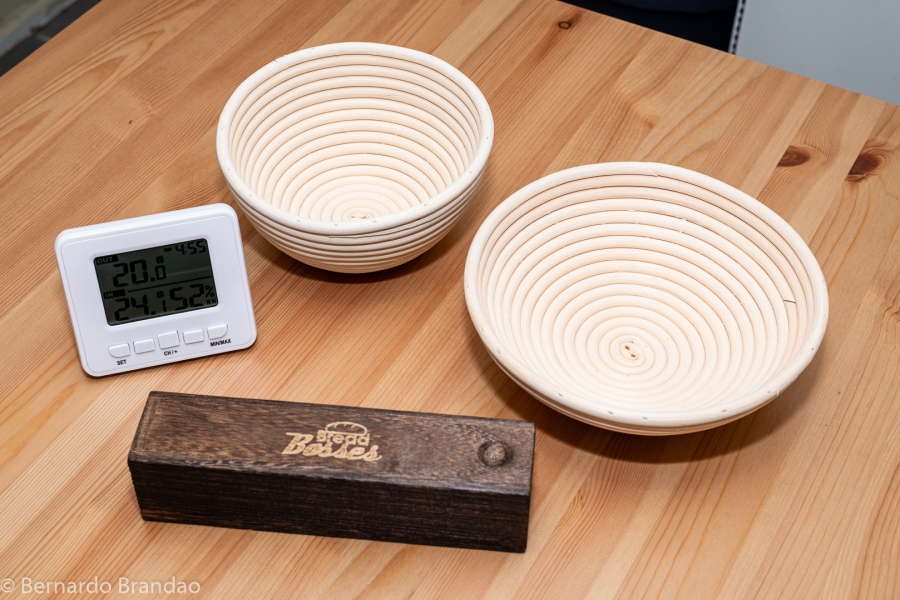 So I will make the Boule on Sunday. I was a bit reluctant to do it as I didn’t have a benneton to proof it in. It arrived on Wednesday later afternoon to my delight.

I will measure the temperatures on the day of the bread making and try to ensure that I get a consistent 26°C during rising and proofing (and that the bread temperature is also 26°C).

There is a caveat in the bread that I will make over the weekend: it asks for the bread to be baked in a Dutch oven (inside the oven). I do not have the right gear for it (I’m not putting my Le Creuset in the oven). I will look at similar recipes and adjust (another chance to fail the recipe). I will steam inside the oven to try to reproduce SOME of the things the Dutch oven would be doing. I will also compare baking temperature and times between the recipe I’m following and similar ones (that I will probably make at a later time).